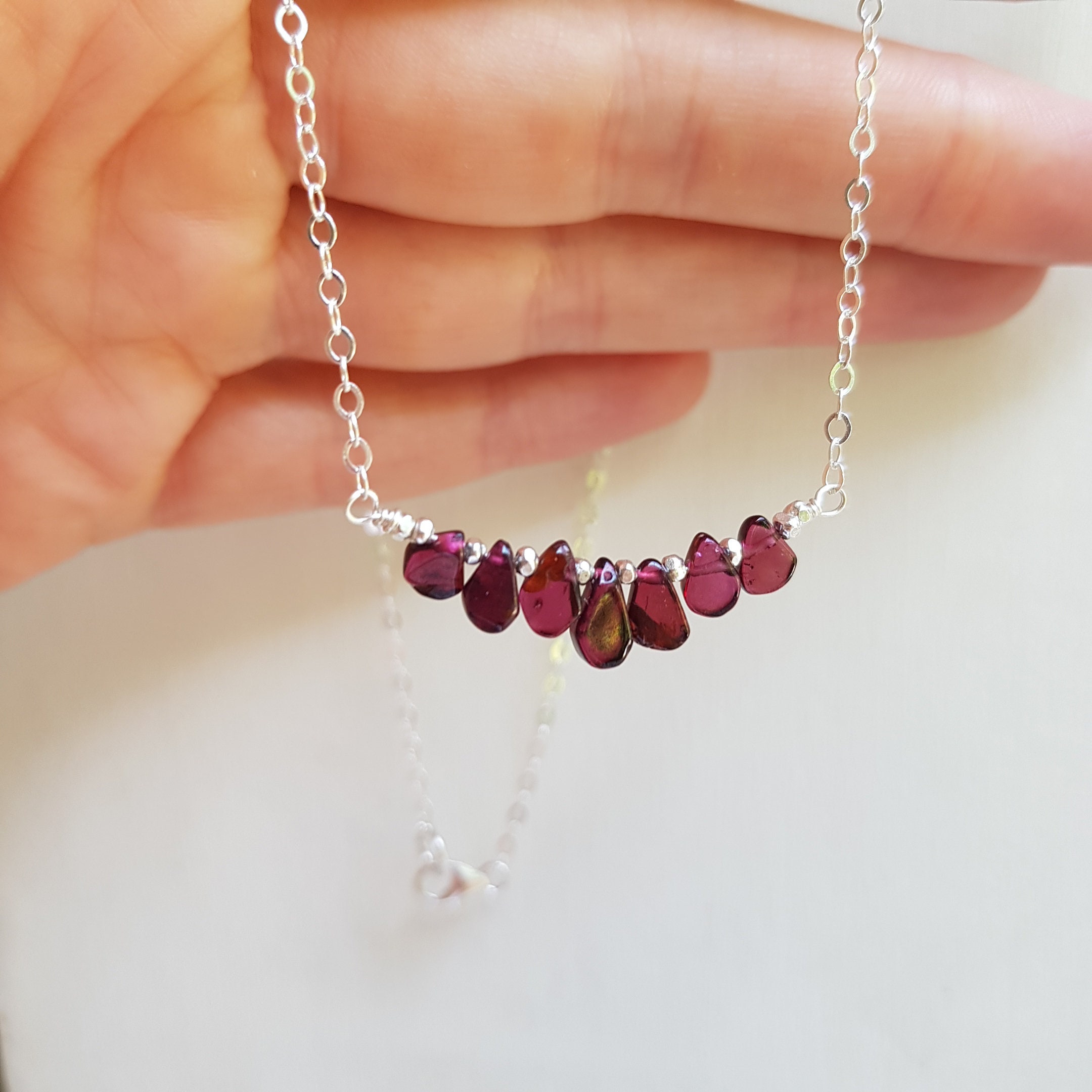 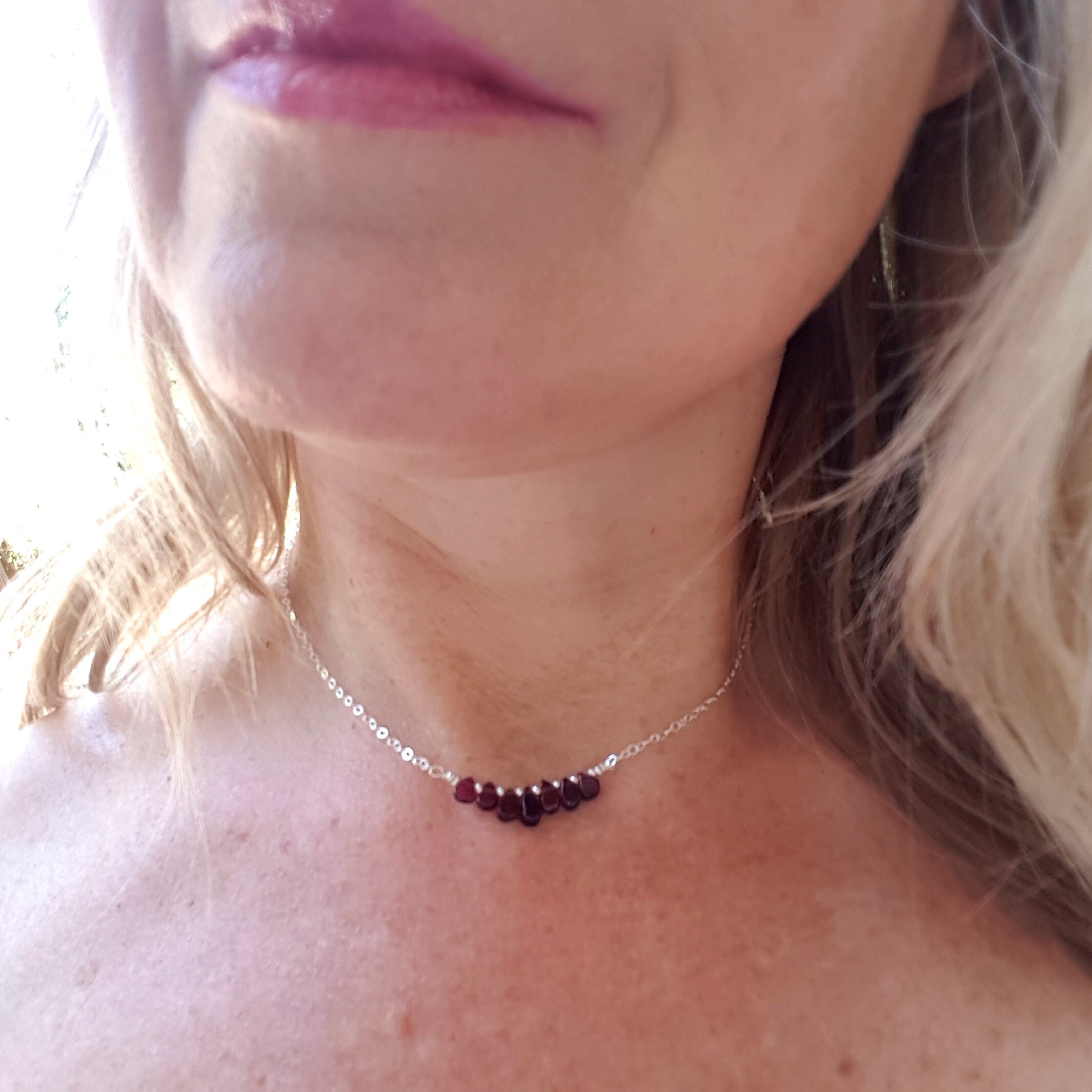 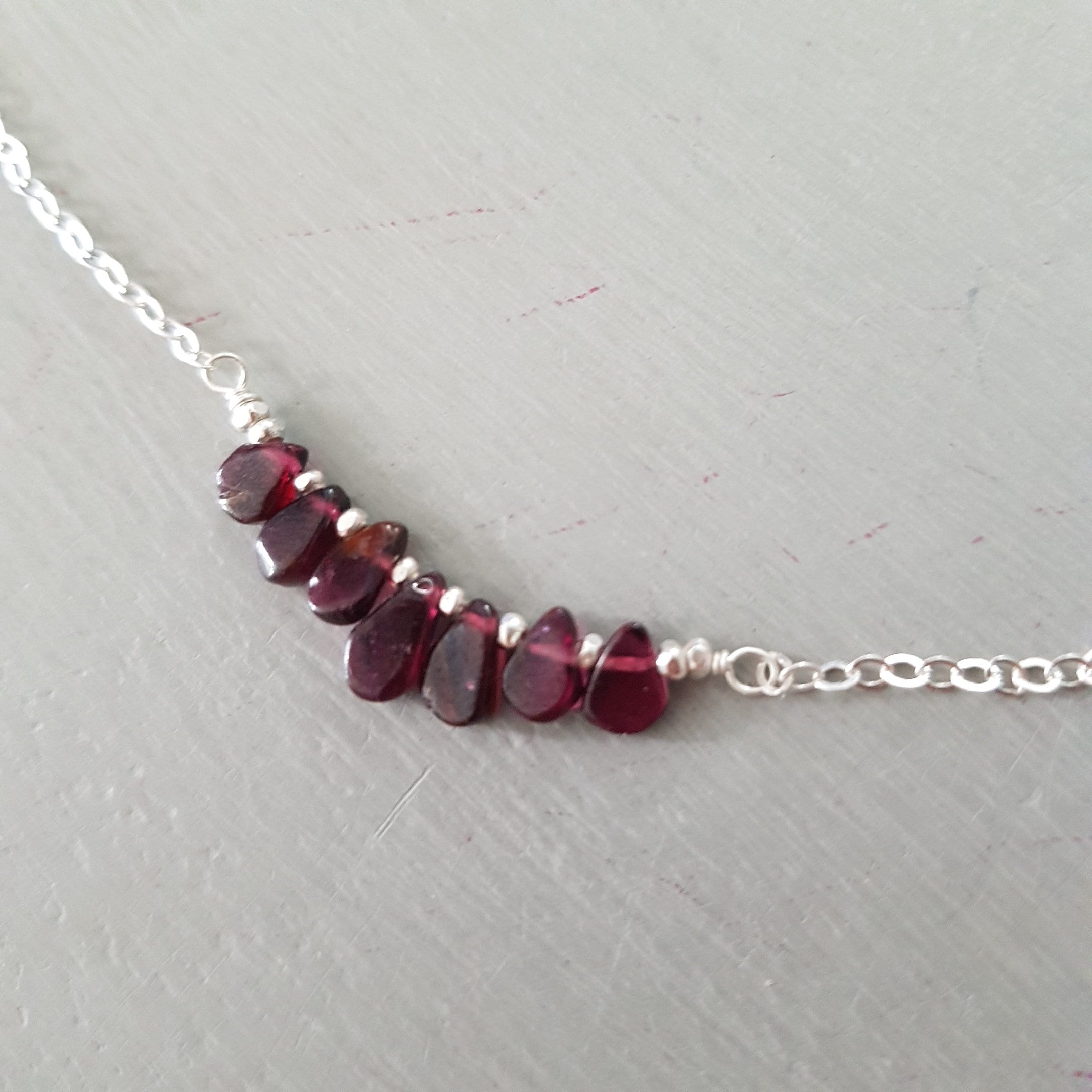 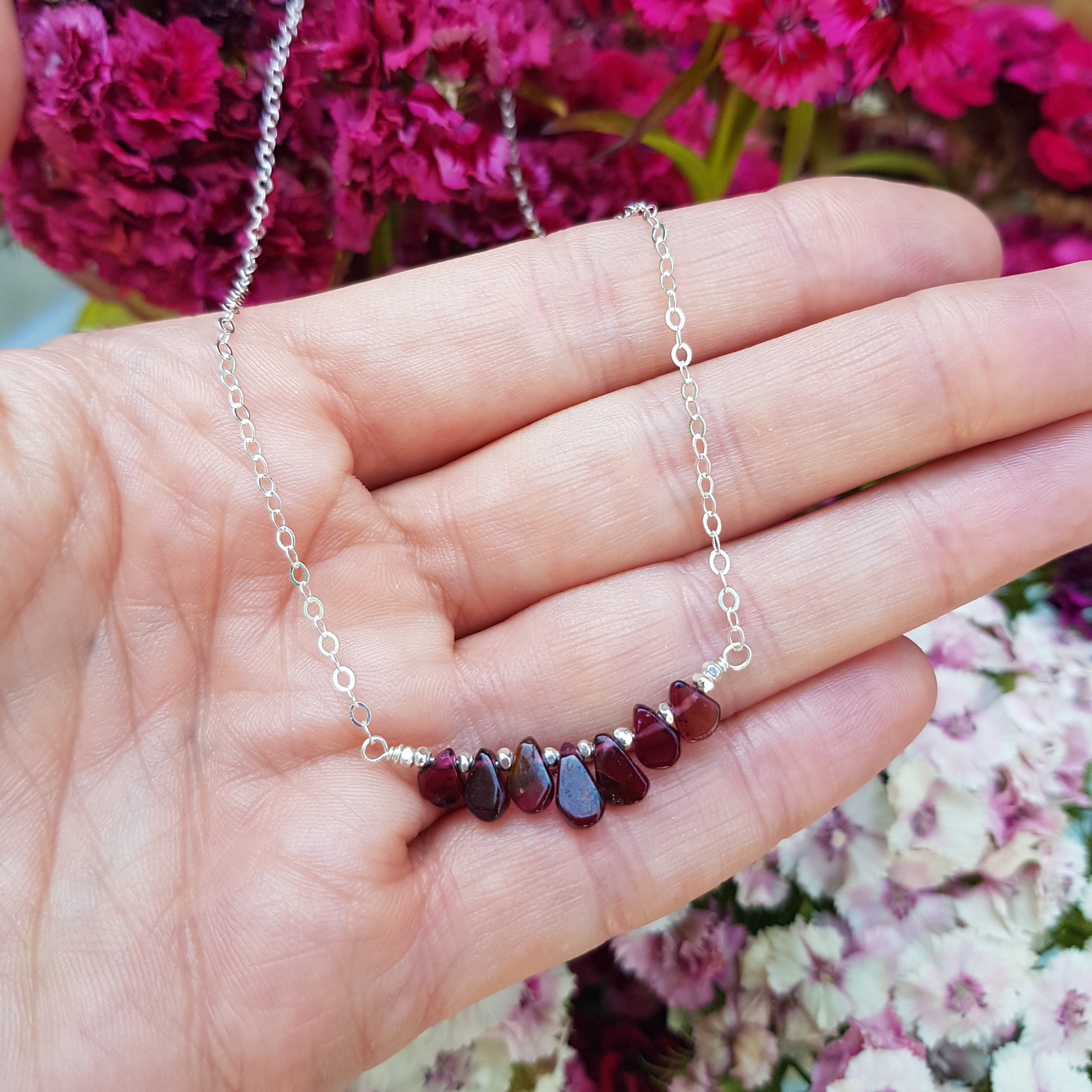 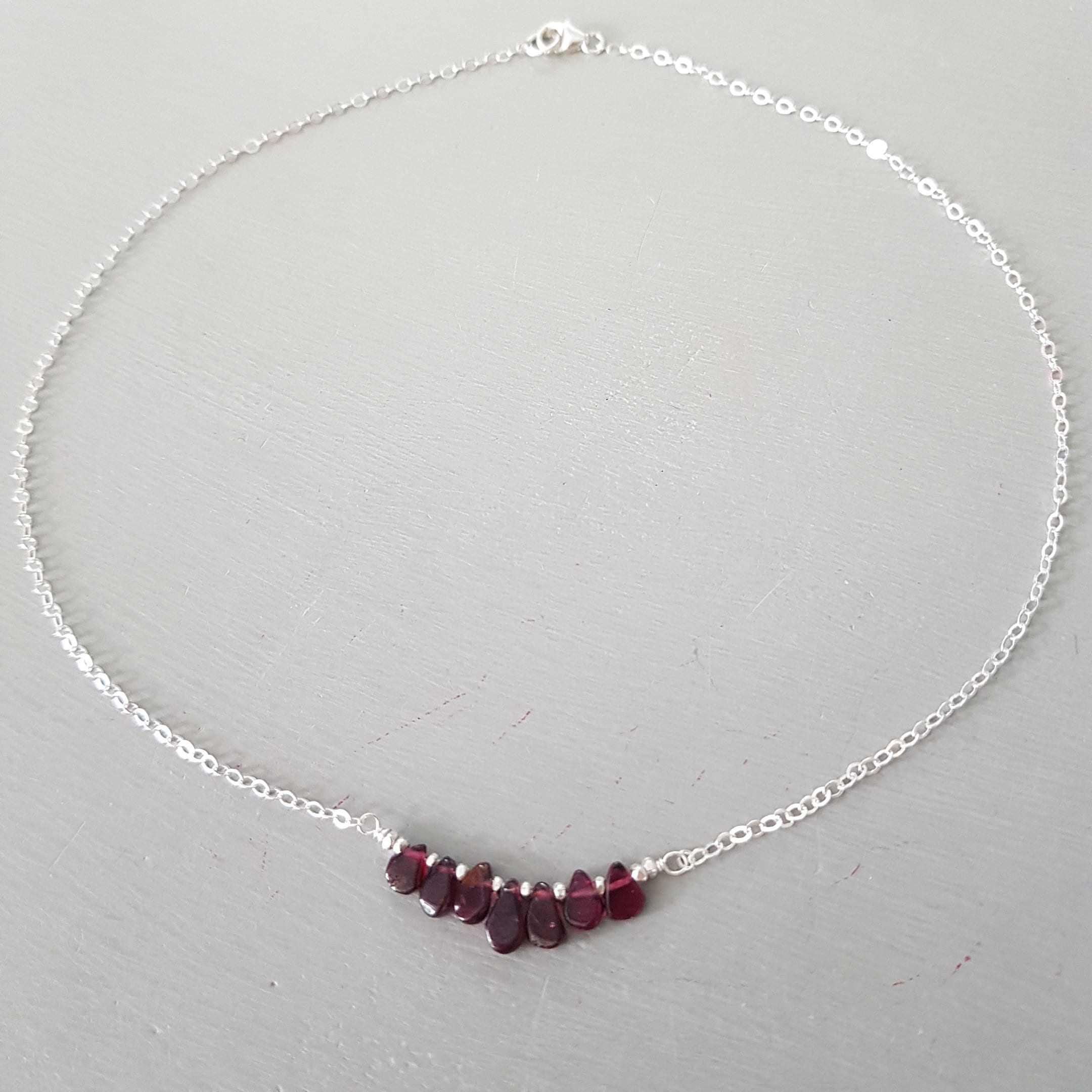 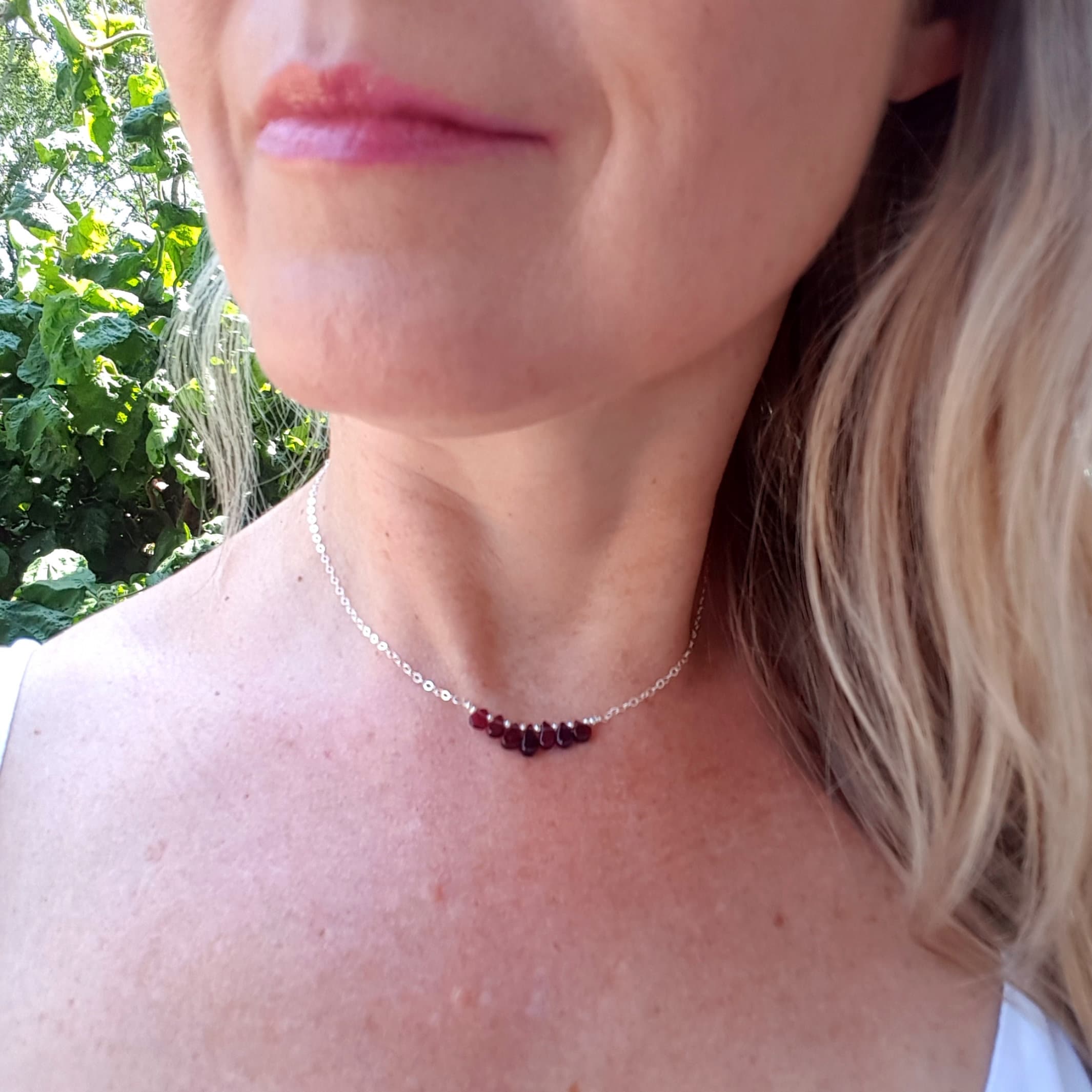 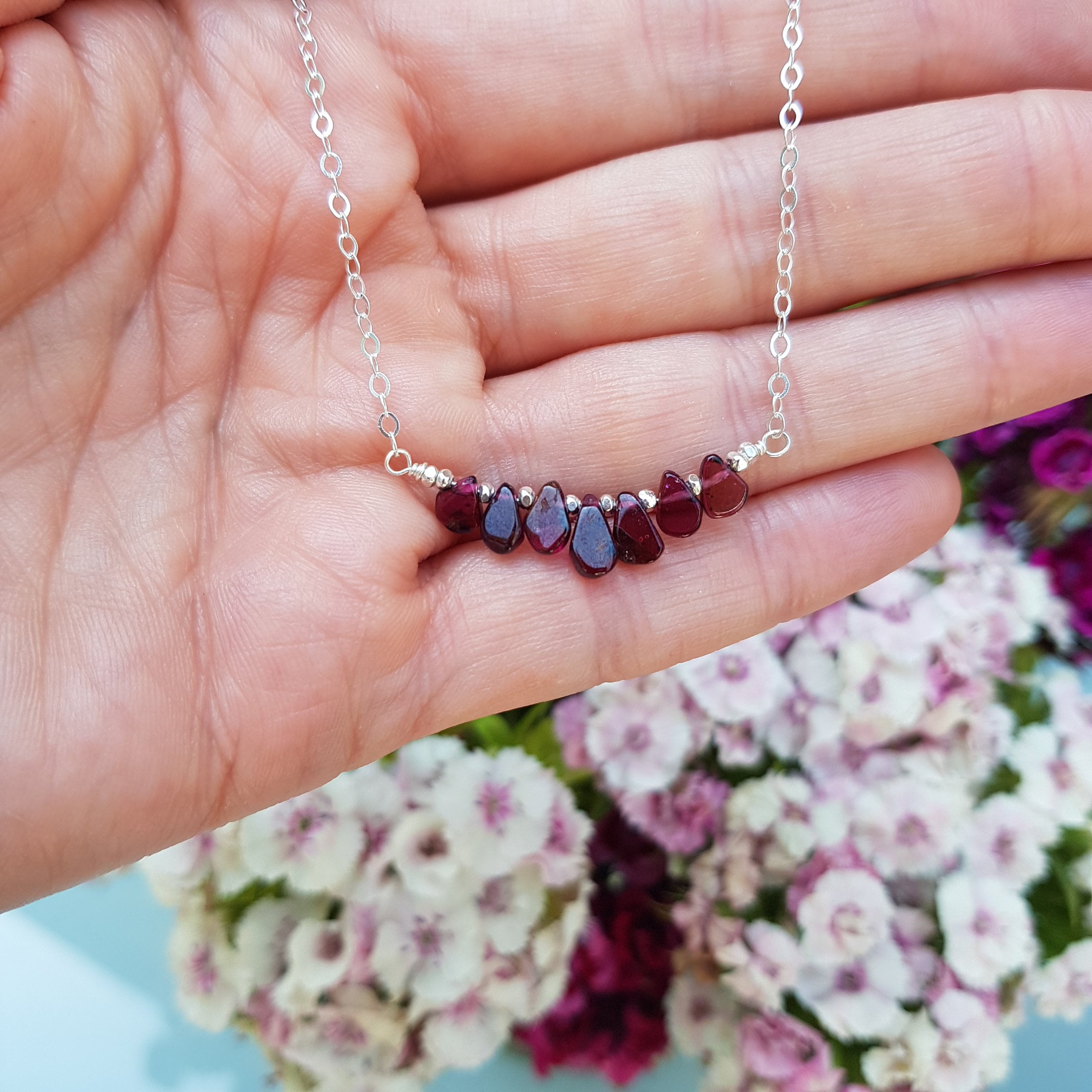 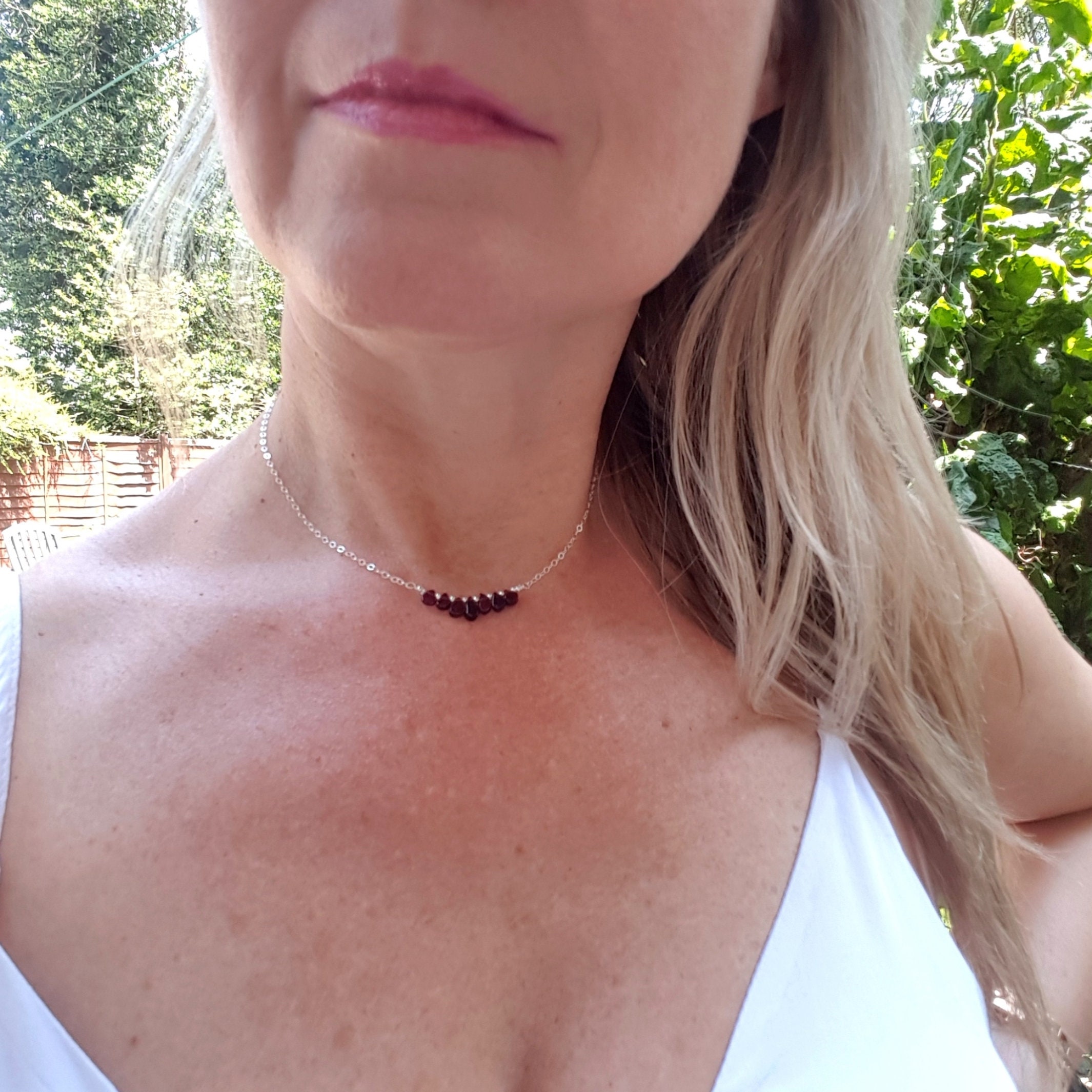 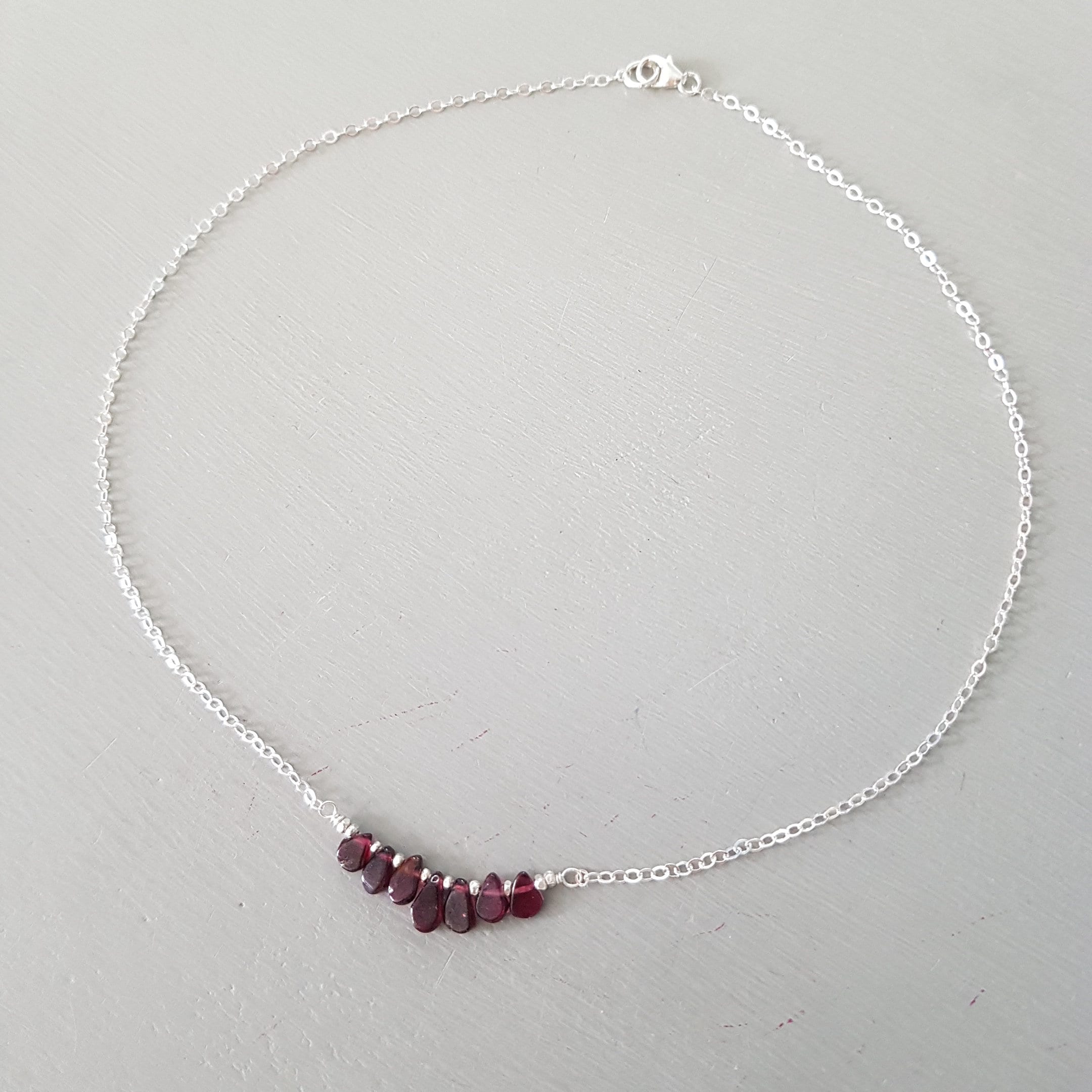 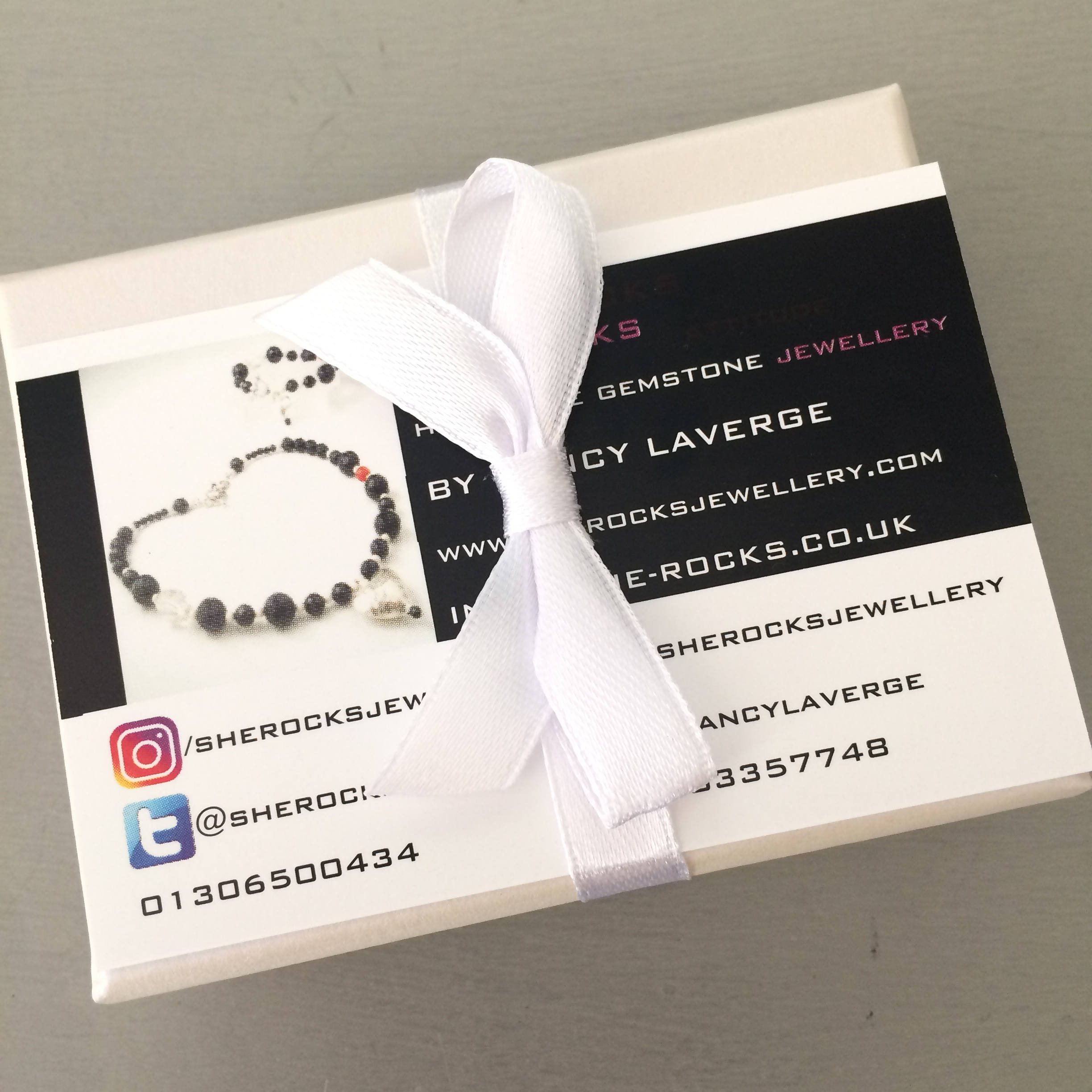 I named it "Garnet Petals"

Necklaces length: 16" as seen on pic

What is Garnet?
Garnet is the name given to a group of silicate minerals. Garnet is a 2nd Anniversary gemstone.

Garnet cleanses and re-energises the chakras. It revitalises, purifies and balances energy, bringing serenity or passion as appropriate. Inspires love and devotion. Garnet balances the sex drive and alleviates emotional disharmony. It activates and strengthens the survival instinct, bringing courage and hope. Stimulates past-life recall. Sharpens perceptions of oneself and others. Garnet removes inhibitions and taboos. It opens the heart and bestows self-confidence.

Garnet regenerates the body and stimulates the metabolism. It treats disorders of the spine and spinal fluid, bone, cellular structure and composition. Purifies the heart, lungs, blood and regenerates DNA. Garnet boosts the immune system and energy levels.


Colour Healing with Garnet
In addition to the generic healing properties of Garnet, specific colours have additional attributes:

A stone of commitment, Red Garnet represents love. It revitalises feelings and enhances sexuality, bringing warmth, devotion, understanding, trust, sincerity and honesty to a relationship. Red Garnet controls anger, especially toward the self.


The necklace will come in a pretty gift box, ready to give to a loved one


Thank you for looking in my shop and I hope to see you back again soon as I am always adding new items :)
Kind regards,
Nancy

I gladly accept returns and exchanges

Ship items back to me within: 30 days of delivery

But please contact me if you have any problems with your order.

The following items can't be returned or exchanged

Because of the nature of these items, unless they arrive damaged or defective, I can't accept returns for:

0 items in your cart